Love beautiful code? We do too.

Is learning React.js worth the effort? 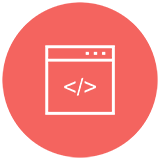 If you are aiming to become a front-end developer, it is important to have the right skills and knowledge. React JS could be the ideal tool for creating user interfaces since it is specifically designed for this purpose.

ReactJS is an ideal choice for beginners due to its low barrier to entry and straightforward learning curve. Additionally, ReactJS is highly competitive from the outset due to its sizable community and abundant learning resources. Those with previous knowledge of HTML, CSS, and JavaScript will find ReactJS an easier language to master and create impressive single-page applications.

Researching the number of job opportunities for React JS developers is a great way to determine if the technology is worth learning. Many job boards allow you to filter by skill, allowing you to easily find out how many companies are looking for React developers. It's one of the most sought-after skills in the front-end development field, so being proficient in React could give your resume a major boost.

Now that we understand the importance of React, let's explore seven reasons why it's beneficial to become familiar with this web library.

Adaptability React is a library that simplifies the process of adding new features to existing web applications due to its flexibility and lack of a strict structure. Unlike other web frameworks, such as Angular, React is lightweight and can be adapted to a variety of different projects.

Performance React's virtual DOM allows developers to make changes to the DOM without having to refresh the page, resulting in faster web apps. Instead of manipulating the real DOM directly, developers make changes to the virtual DOM and React then makes the fewest changes necessary to the real DOM, reducing the number of DOM operations and increasing the web app's speed.

Productivity React boosts developer efficiency by splitting the user interface of a web application into smaller components. A React component is a reusable piece of code that can be used to create a portion of your UI. By combining multiple React components, developers can quickly build complex web apps. This reduces the amount of code that needs to be written, especially compared to jQuery and other libraries. This can save organizations time and money when creating web applications.

Learning Curve React is a great choice for beginning coders due to its relatively straightforward learning curve. Compared to other front-end frameworks like Angular or Vue, the core of React is much simpler, meaning new developers can quickly start building dynamic web applications once they understand the basics, such as components, properties, state, and JSX. With this knowledge, developers can confidently start their careers in front-end development.

Demand It's evident that React is the most popular web framework or library among front-end development teams, with 43% of developers using it. This means that there is a plethora of job opportunities for React-proficient web developers, and they are likely to remain in high demand for a while. In comparison, 20% use Angular, and 19% use Vue.

SEO-Friendly It is essential to consider search engine optimization (SEO) when creating a web app for business in order to make it easier for people to find it on Google and other search engines. Developers often choose to React with Gatsby.js or Next.js for server-side rendering as it is thought to be SEO friendly due to its ability to speed up the app and facilitate web crawlers' indexing.

Applicable to All Types of Businesses Using React, developers can create web applications of any size quickly and easily. It is more adaptable than other web frameworks, allowing development teams to tailor projects to React. This makes it suitable for any type of business, from small startups to large enterprises. Many popular websites and apps, such as Facebook, Instagram, Airbnb, and Netflix, use React today.

If you are looking to gain expertise in ReactJS, the best way to do so is by studying ReactJS projects. This will allow you to gain a deeper understanding of how ReactJS works and become an expert ReactJS developer.